The advantages of memory games

The advantages of memory games. What can you gain from them?

The memory game is one of the most popular games in the world. Not only is it incredibly fun to play, it also helps to improve memory. And this is just the beginning of the benefits it provides us with! What areas can memory games affect? Why is it important for adults to play them too? Who else and how can this form of entertainment help? Find out in this article! 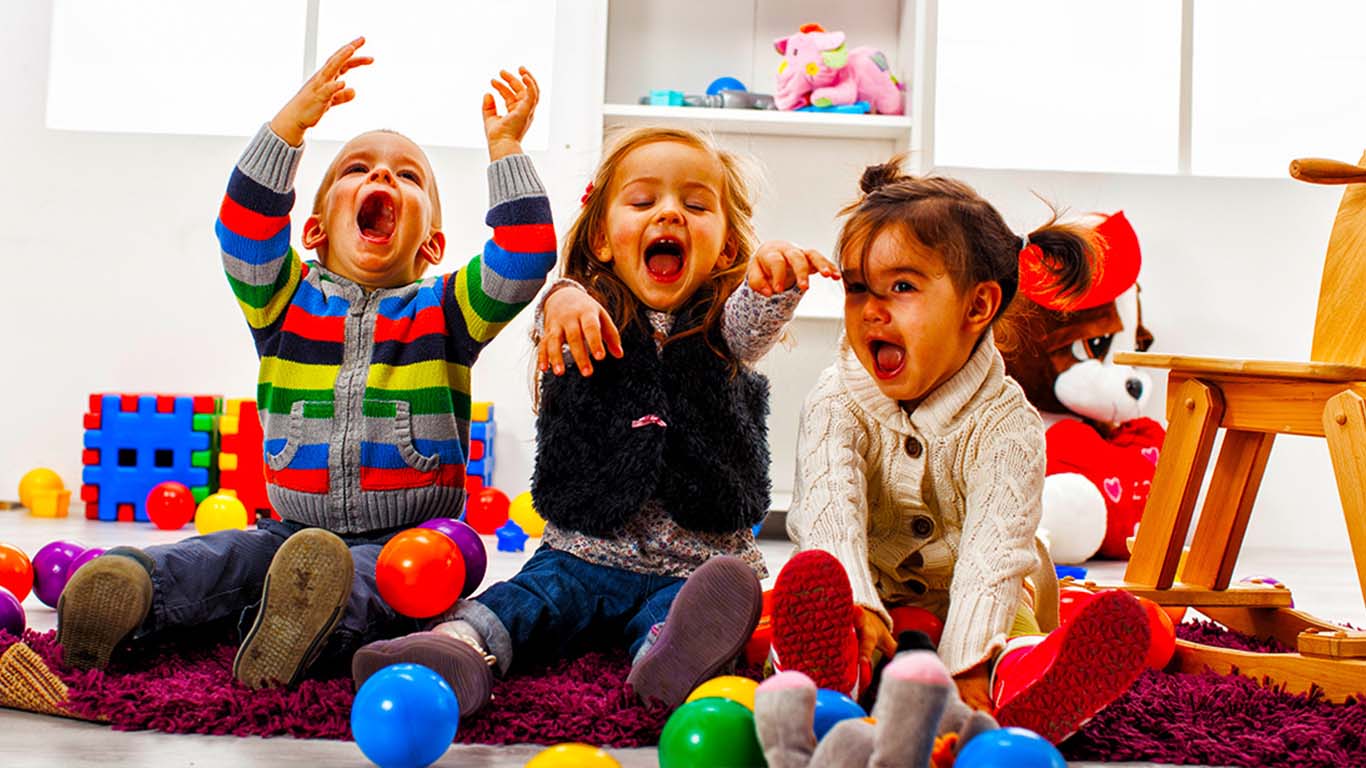 What is a memory game?

The memory game is not very complicated, and is therefore one of the first games you can offer your child. It involves finding matching pairs of cards. If you succeed, put them back in the pile provided. However, if you fail to do so in your turn, turn the cards over and put them back in their previous place, then give your opponent the opportunity to match them. The player who manages to match the most pairs wins.

The important thing is that the memory game can also be played on its own - in which case it is done until all the pairs are matched. It is important that the number of times you play is as small as possible. In a similar way, the game can also be played with other people. The player with the least number of hits wins. Some people also play the memory game for time. In this case, each person has, for example, 5 minutes to match the cards. The person who matches the most cards wins. 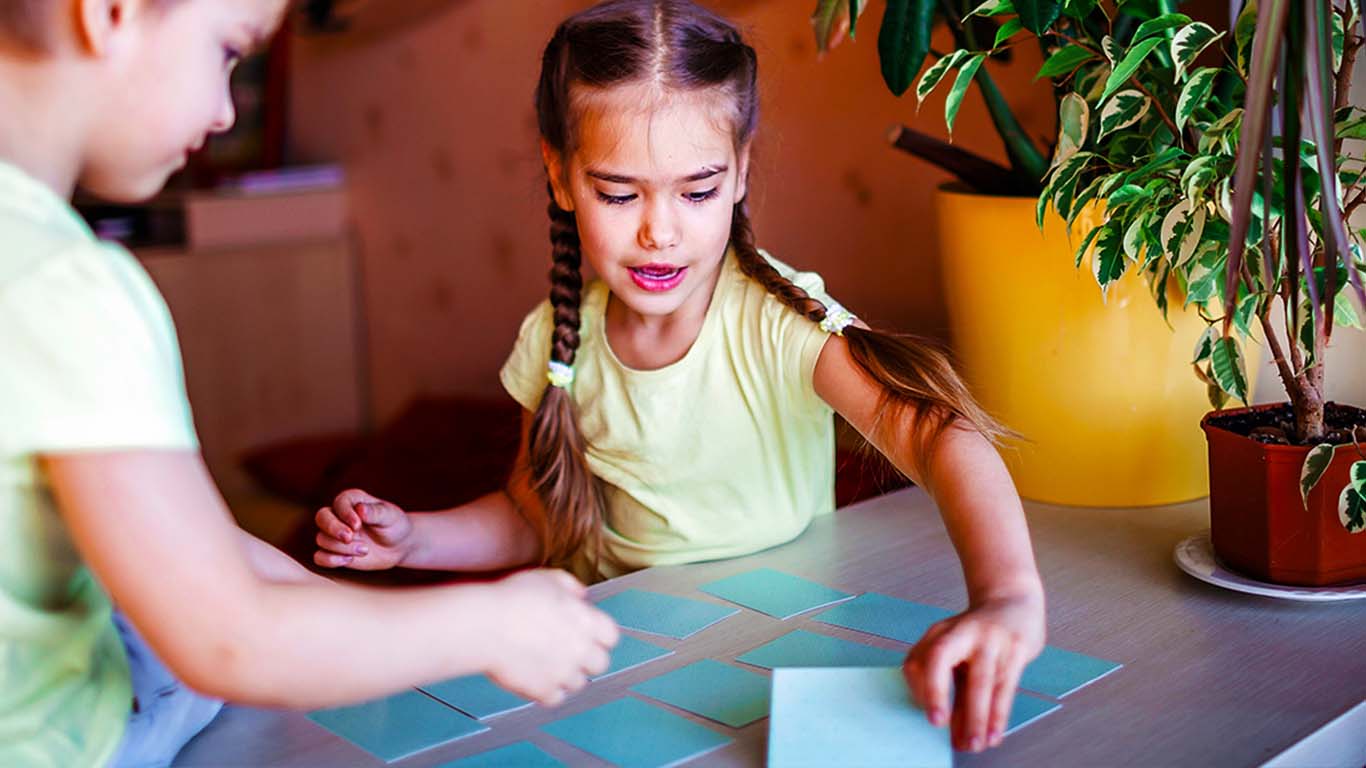 What is a memory game?

What are the benefits of playing a memory game?

Wondering what the benefits of playing memory games on a regular basis are? Below, we describe just the most important ones. Be sure to find out why you should do it!

Memory game - the perfect exercise for memory and perceptiveness

Of course, the most important benefit to be gained from playing memory is the exercise of memory and perceptiveness. This is especially true for short-term memory, which studies have shown can be developed just by recalling the position of the cards. What is more, this type of memory can improve long-term memory, as they are highly interconnected.

As many as 8% of children are said to have a photographic memory. In most of them, however, this fades with age. To prevent this from happening, it is definitely worth playing memo games - especially if the child is not yet in school. This is also linked to the visual memory, which everyone has. When we talk about it, we mean the memorization of whole pictures, which are fixed in the head and which we are able to recall at a moment's notice. This makes it easier, for example, to remember the spelling of various words. Photographic memory also makes it possible to remember, for example, the appearance of flags or road signs. This later translates into easier memorization of school material.

Thus, memo games undoubtedly engage areas in the brain related to visual analysis and synthesis. What is this all about? Mainly that they allow you to distinguish, for example, elements that form a larger whole. They also help to organize text graphically within a paragraph. Why is this important? Because children with impaired visual functions may, for example, miss certain letter elements (e.g. tails), misplace punctuation marks and misplace signs in mathematical operations. 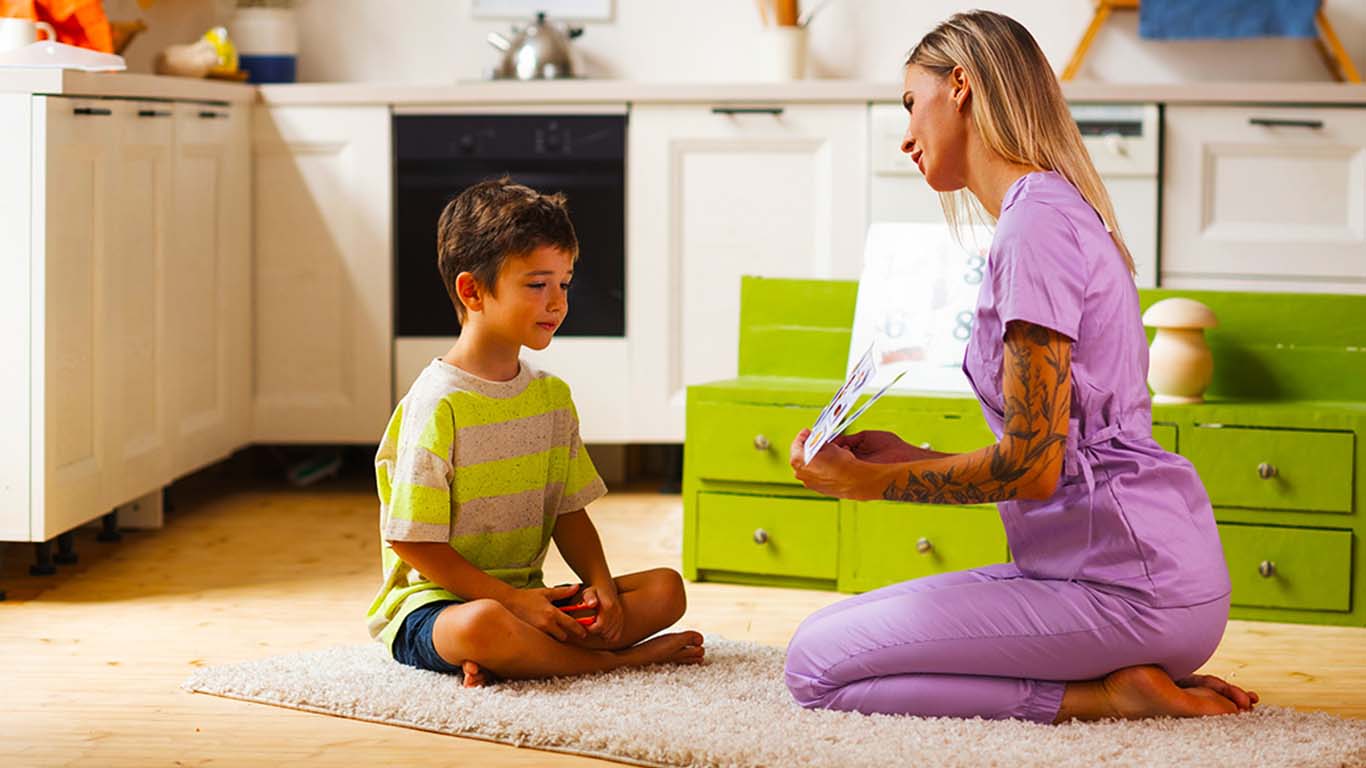 Memory game - the perfect exercise for memory and perceptiveness

When it comes to the youngest players, a memory game teaches them to find differences and similarities between different elements. It also helps little ones learn to identify shapes, colors and numbers. In order for children to learn these skills, it's a good idea to let them play with the cards face up at first and only then cover them up. What's more, memory games are a great way to teach toddlers new words. For example, it's a good idea to ask them what colors or objects are on the cards. 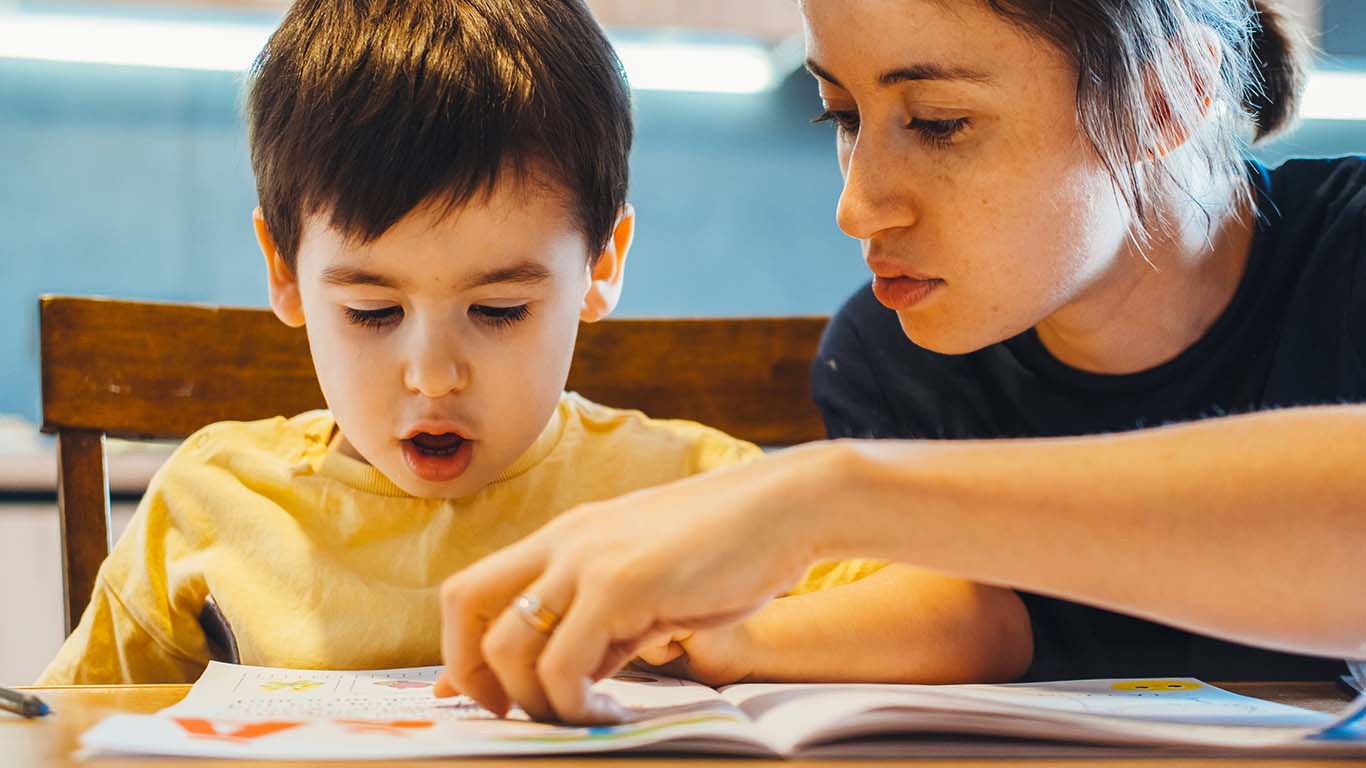 The memory game requires a high level of concentration - focus is the key to winning the game. It is what allows you to remember where the cards you are looking for are located. During the game, young players forget about their surroundings and concentrate only on their actions. If they develop this skill while playing, it will be easier for them to focus on certain tasks later in life. 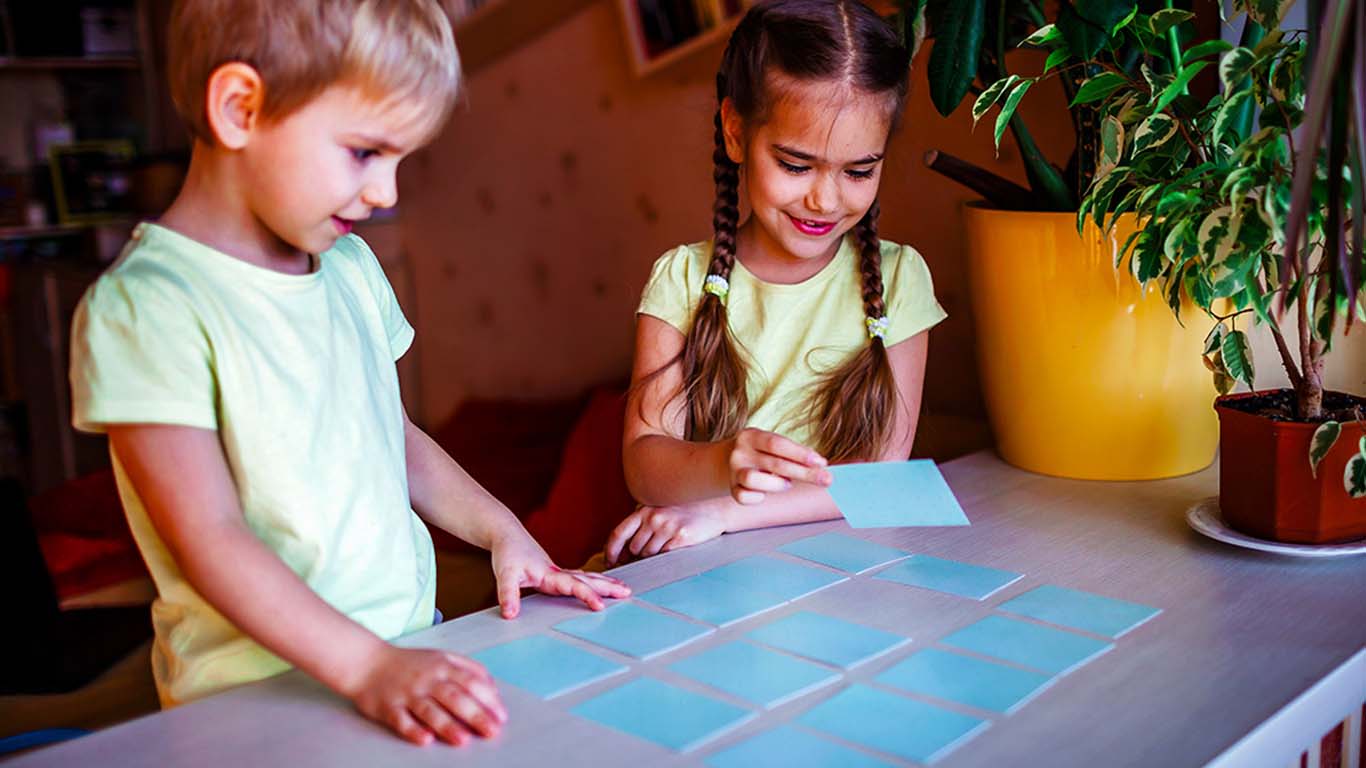 Do you or your child lack patience? If so, no problem! Memory games are great for this too, and clearly develop this skill. It's all about waiting patiently for your turn, especially if you have already located the next pair - one of the most important rules of the game, as long as you play it with others (you can also play it on your own). You can be sure that the skills you learn in this area will bear fruit in the future. 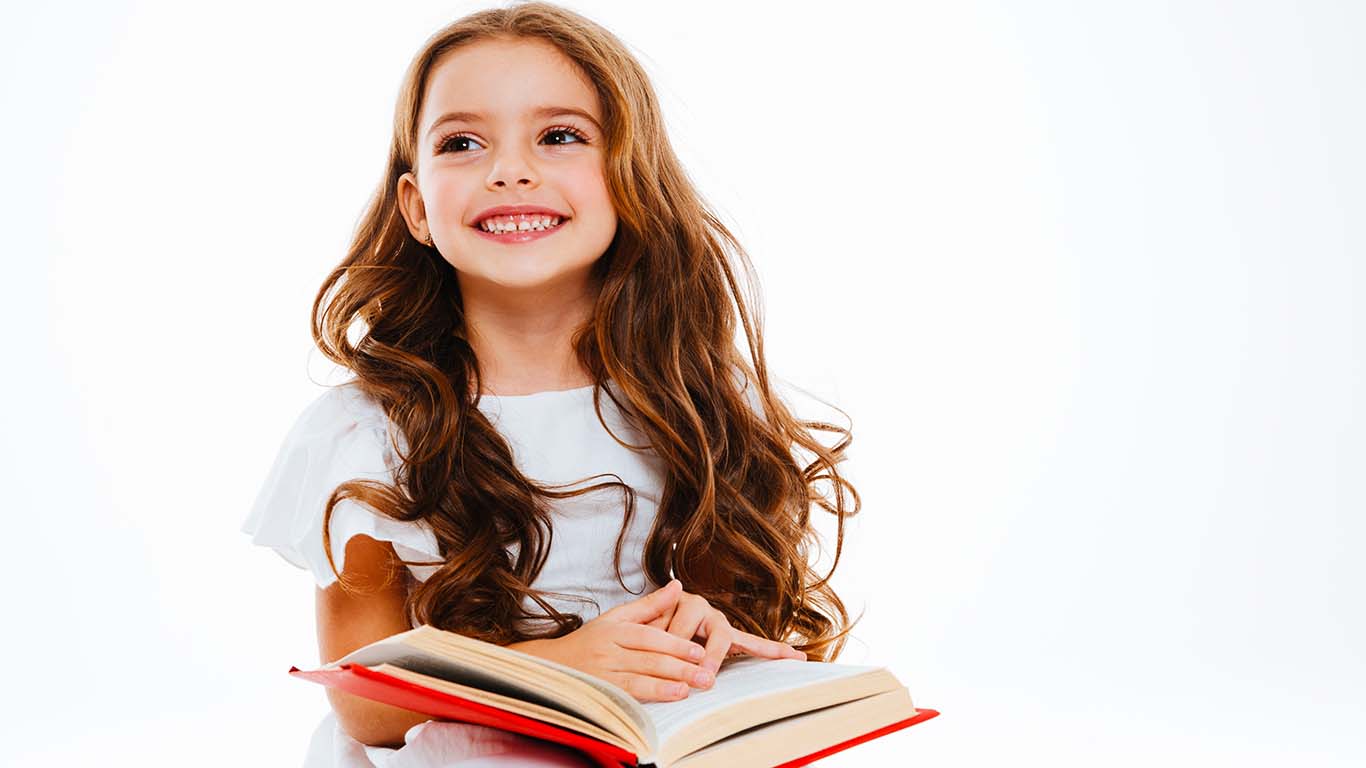 Memory games and the development of spatial orientation

When playing a memory game, we often wonder where a certain card was located. Second column, fourth row, or the other way round? In order to find it, we have to learn to function in a certain space (even if it is only an imaginary space), which is created by an organized arrangement of cards. It is within this space that the game takes place, and it is within this space that we must manage accordingly. The game therefore requires memorizing the position of the different cards - to do this, the child has to involuntarily count the individual elements of a given arrangement and determine their subjective position (e.g. third card from the left, second card from the top). Good spatial reasoning skills are generally associated with mathematical ability - those who possess them are more likely to choose a career as an architect or engineer. 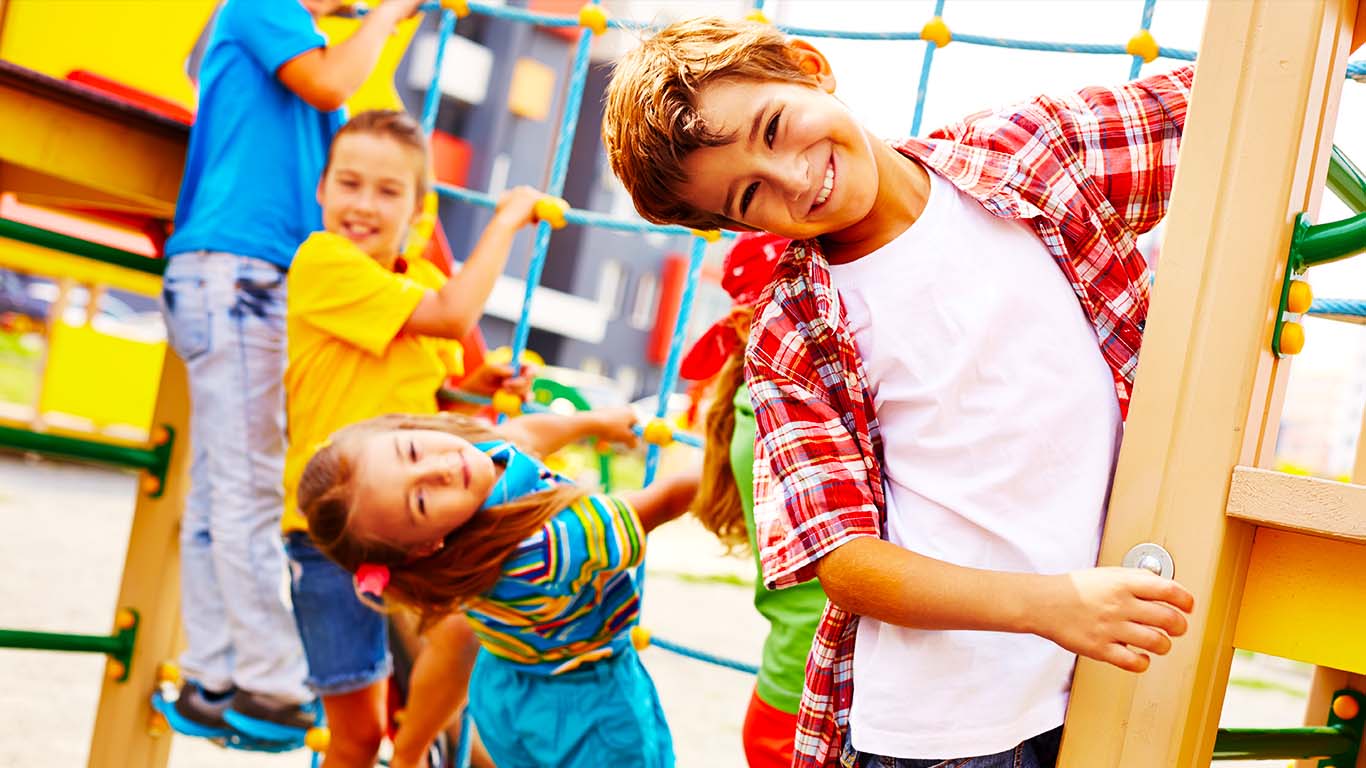 Memory games and the development of spatial orientation

Like all games we play with other people, memory helps us to cope appropriately - both when we win and when we lose. Winning is classy, while the bitterness of defeat can be hard to swallow, especially for those children who play relatively infrequently. This is very important, even when the children are not yet in school - then they can prepare themselves for different, often difficult situations. It could be said that failures provide toddlers with a valuable lesson in humility. 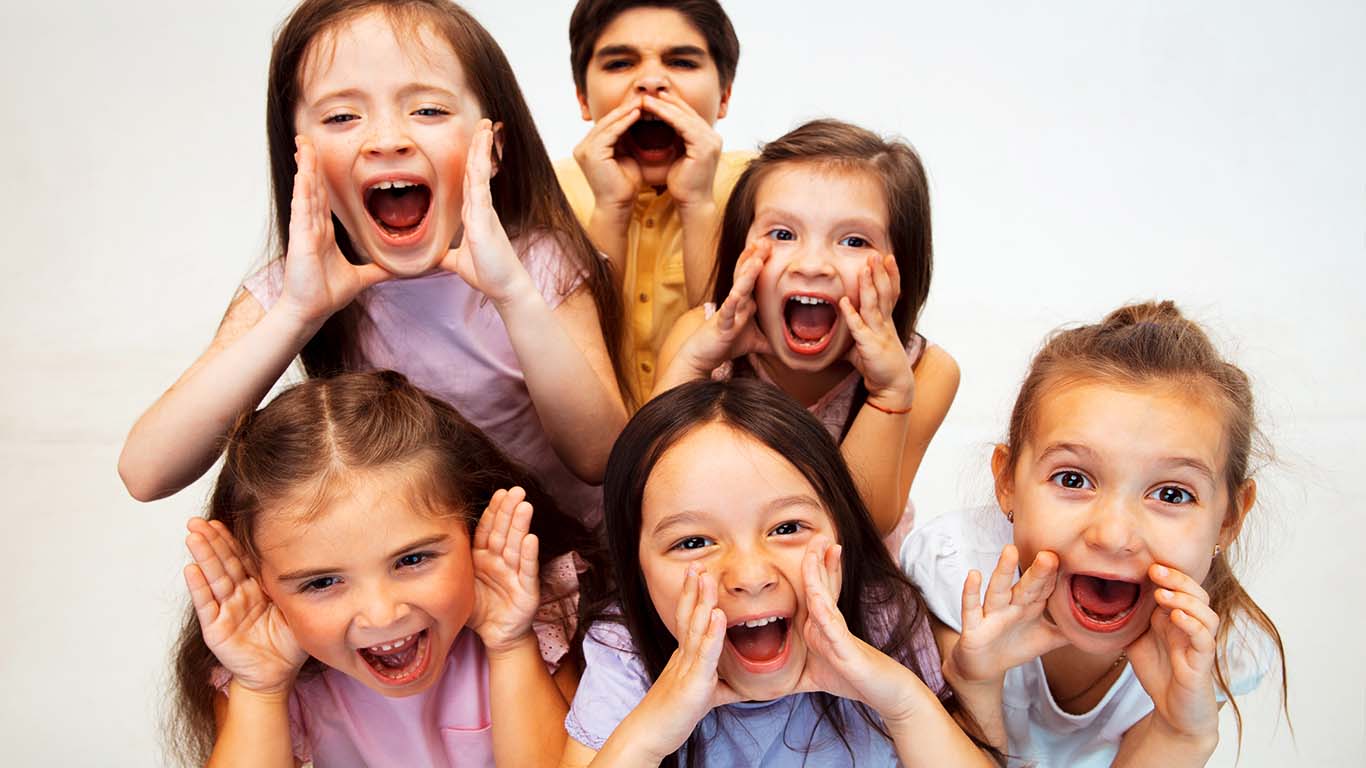 There are many types of memory game that can be distinguished, which have different thematic variations. For example, some of them include the names of different countries, while others include species of African animals. Moreover, the cards can be decorated with, for example, flower motifs or images of favorite fairy tale characters. It is not uncommon for children to learn about various monuments, occupations, flags of different countries, road signs and so on. This, in turn, arouses the interest of the youngest and makes it possible for them to learn something new and broaden their knowledge on a particular topic.

Memory games are also often used in language learning. In this case, the word 'memory' itself takes on a double meaning: it indicates not only the need to remember the position of the cards, but also the need to memories vocabulary. You can find this type of game on the market in English, German, Spanish and French, among others.

Do you want your child to develop mathematical skills? Then simply choose a memory game with arrangements of numbers. This allows your child, for example, to become familiar with two- and three-digit numbers and the importance of the position of the digits in a number - something he or she will understand almost immediately if he or she doesn't get a point for combining, for example, the cards with the numbers 43 and 34. If your child wants a bigger challenge, you can give him or her a memory game with telephone numbers. 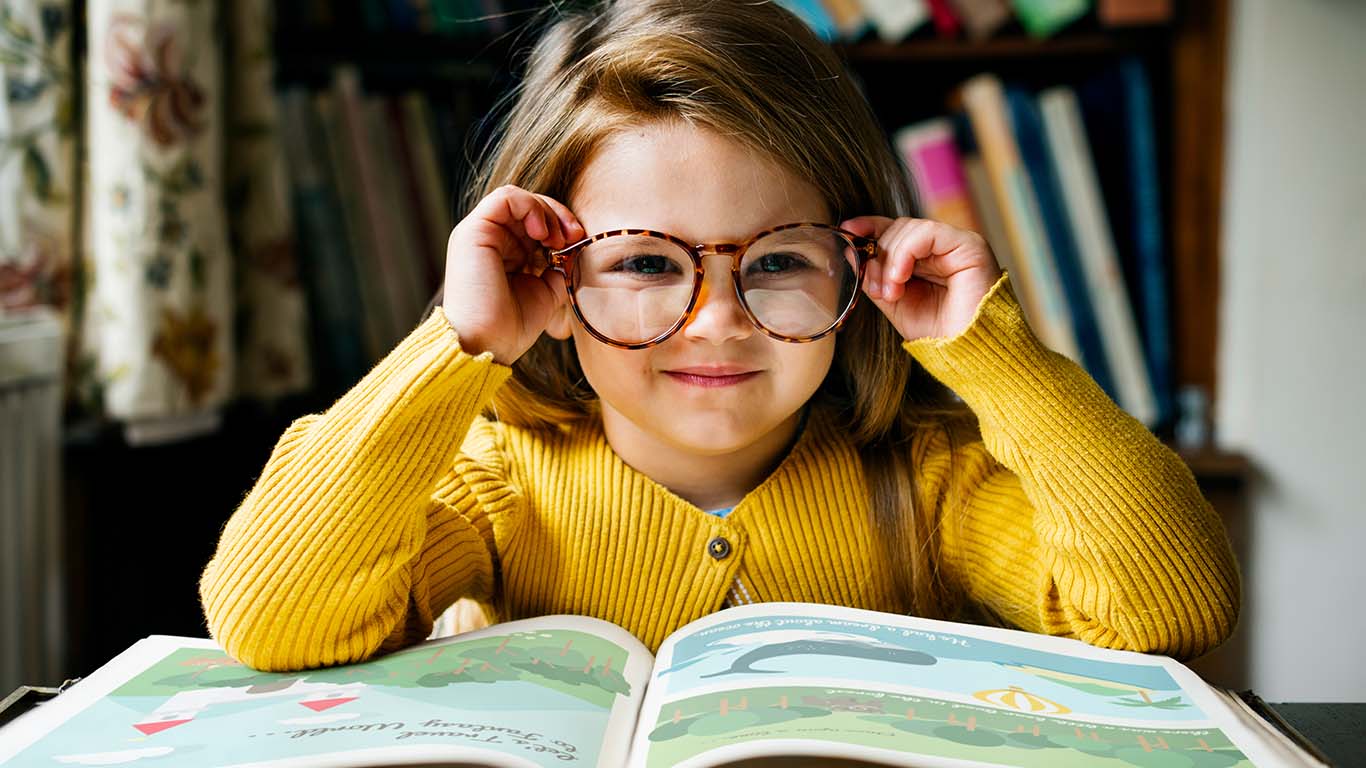 Memory teaches critical thinking, information processing and decision-making. What's more, it makes toddlers better at generating new ideas. The game arouses their interest so that they ask questions (related, for example, to what is depicted on specific cards) and try to understand different objects or phenomena. This form of entertainment also helps them to organize certain information.

The memory game teaches constructive problem solving. It also develops strategic and analytical thinking skills. Regular use of memory games also improves planning skills. At later stages of life, it helps develop the ability to store and retrieve memories when the stimuli that triggered them no longer exist. 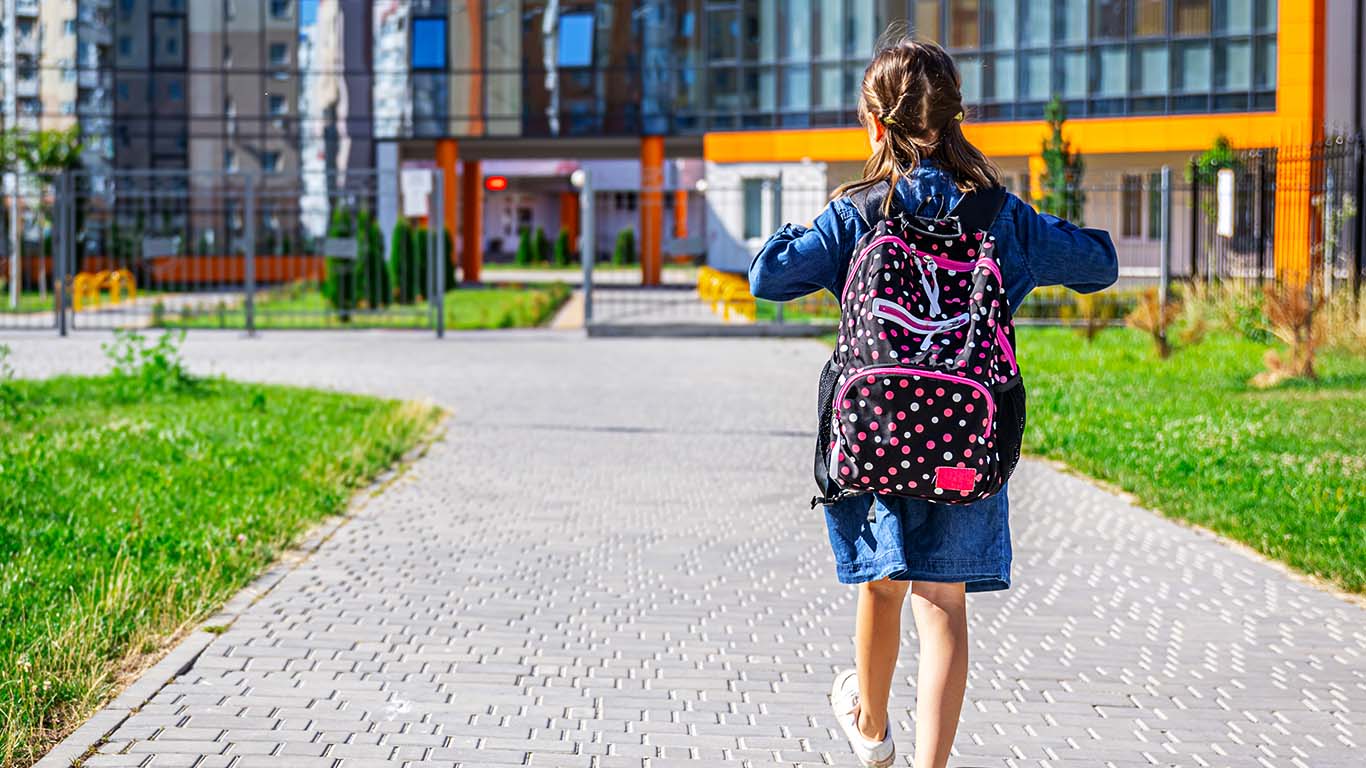 The benefits of memory games - fun for the whole family

Playing memory games provides thousands of opportunities to spend great time with your family. Not only do you get to spend time with your loved ones, but you also get to know them better. This is important in our fast-paced world - you know it's hard to find the time for a simple conversation. At the same time, the game helps to shape behavior and social relations. It allows you to laugh together and focus fully on family time. Having fun together, in turn, translates into a better sense of well-being.

What is more, the rules of the classic memory game are very simple and easy to learn and explain. This makes it a game that even the youngest family members can play. However, the game is not only recommended for toddlers and school-age children, but also for seniors - especially those who struggle with decreased concentration and short-term memory. This form of entertainment has been shown to stimulate the brain brilliantly in older people and prevent memory-related illnesses while slowing down their development. 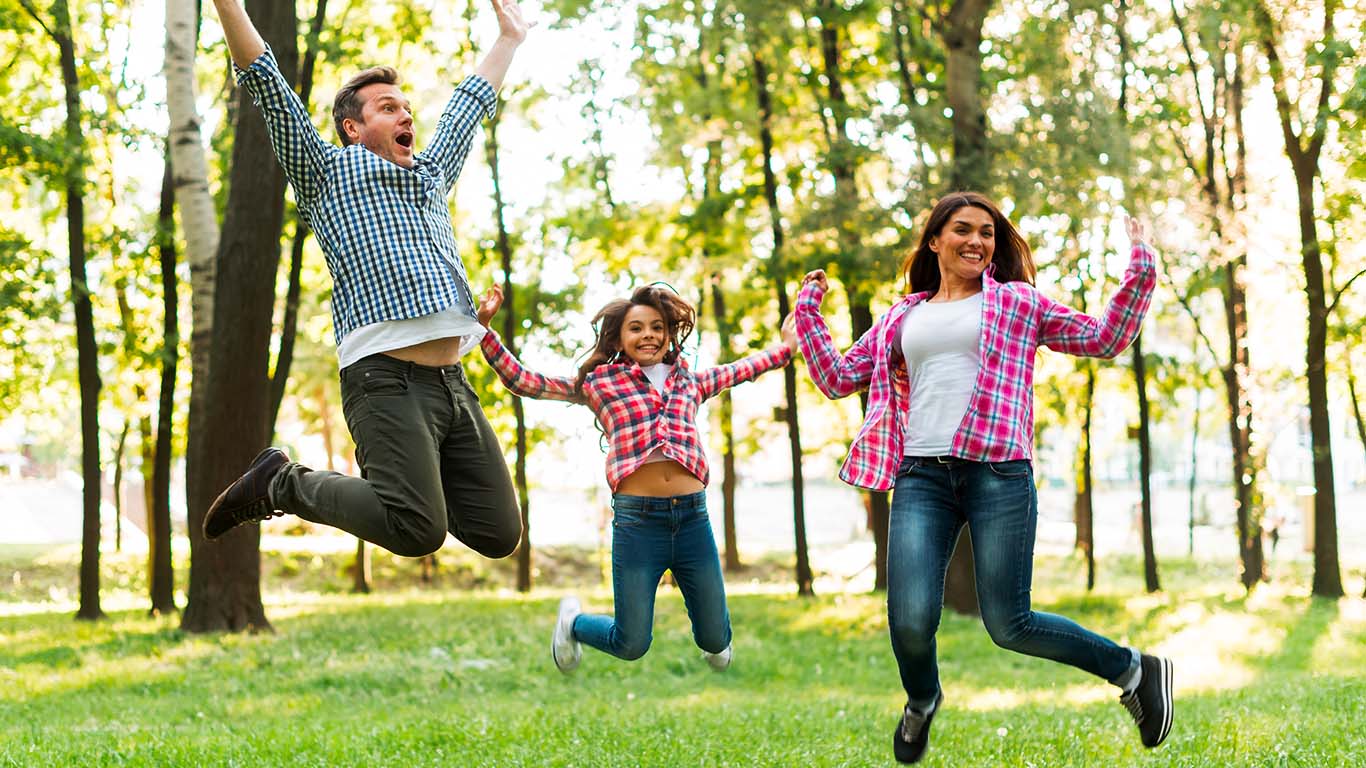 The benefits of memory games - fun for the whole family

Memory games involve relatively frequent turning over the cards, which are the basic and really the only part of the game. This activity, in turn, develops fine motor skills and hand-eye coordination - for the youngest children, of course. This enables toddlers to better control their movements. These two aspects later influence the development of other skills and, consequently, educational success. For in this way, they learn skills that are not only useful, but also new and exciting for them. 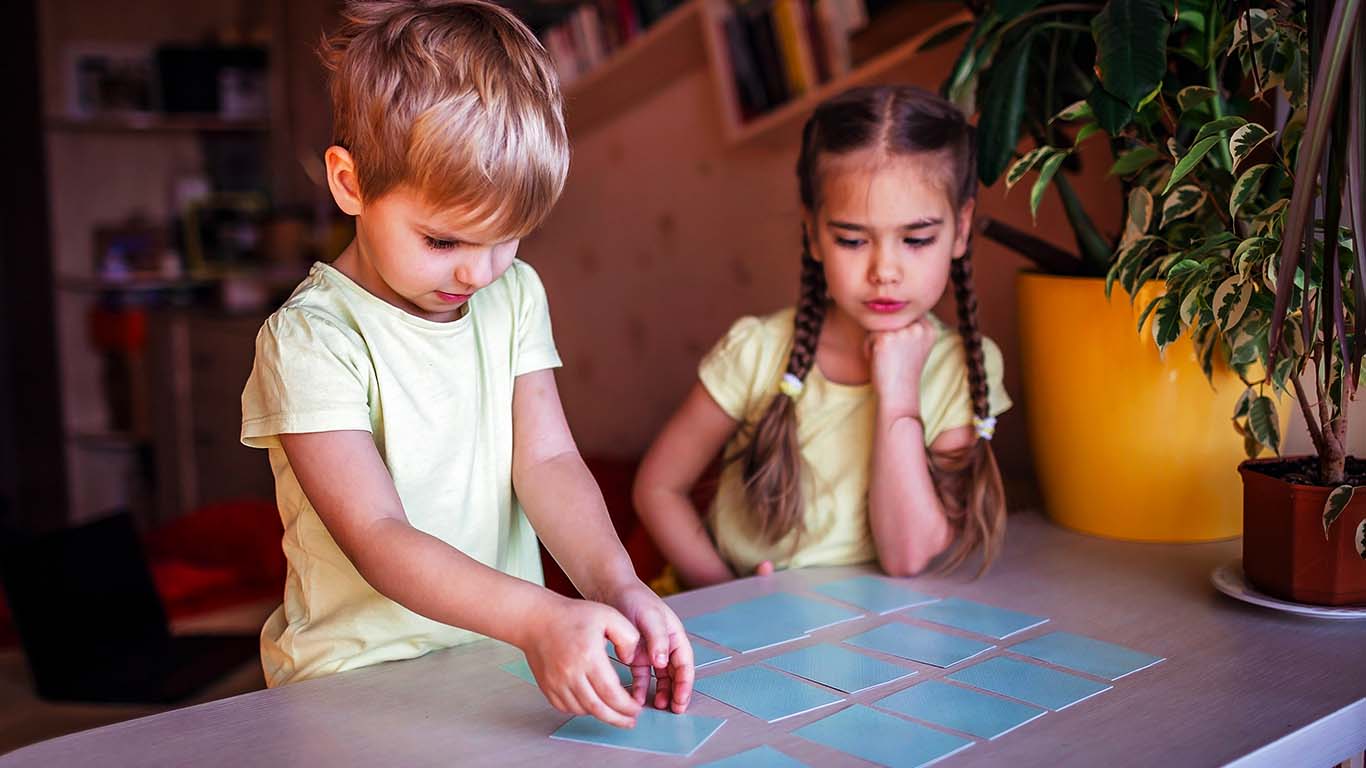 The memory game offers thousands of possibilities. You can play it in the classic way or add extra elements to the fun. Example? If you have cards with different bird species on them, you can show your child the sounds they make. What's more, some of the boards and cards for these games themselves produce different sounds, as well as smells. All this contributes to the development of the senses - hearing, smell, touch. 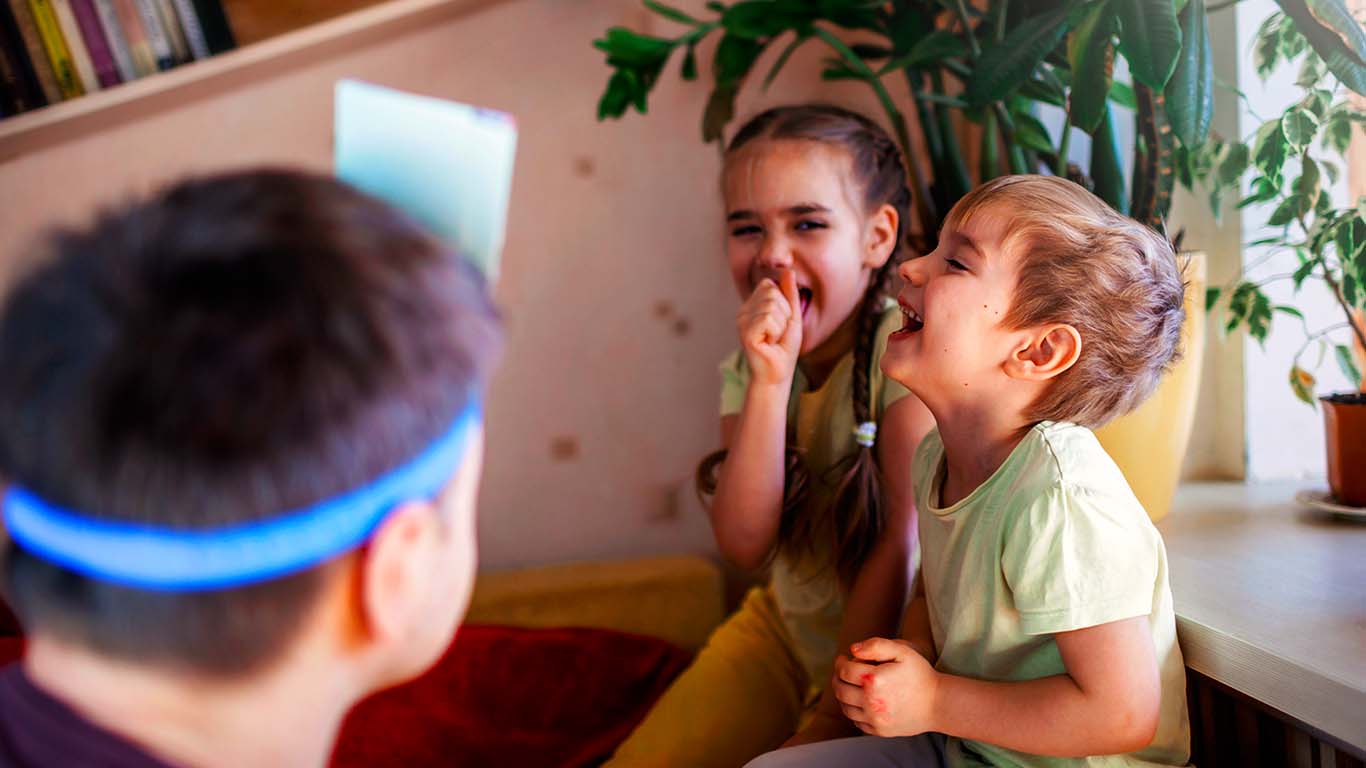 If you are not interested in the classic memory game, you may like to play other games that train very similar skills. For example, you can find games on the market that feature dice - when you shake them, they make certain sounds. In this case, you also have to match them with a pair, but there is a sound pair. What's more, you can also find plenty of strictly memory games in the shops. 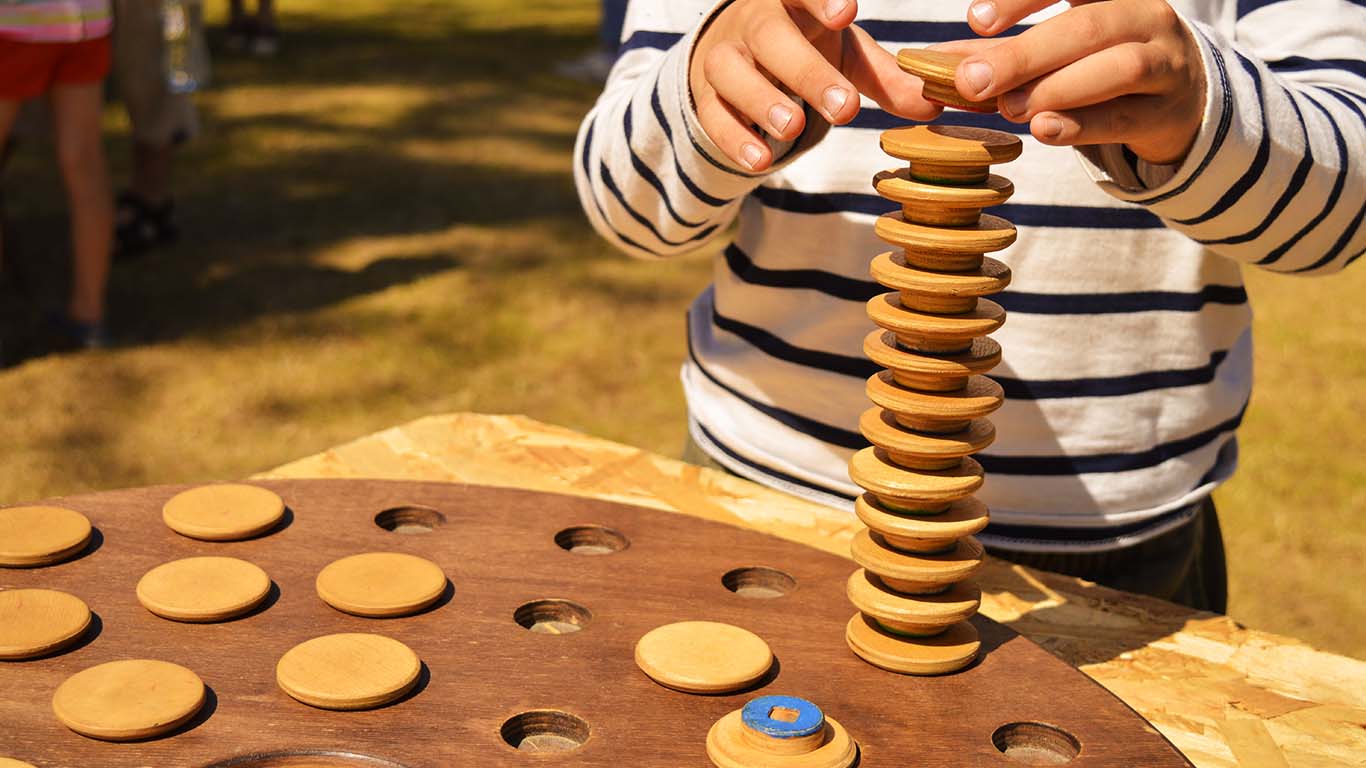 Create your own memory game

Would you like to create your own memory game? Do you want varied gameplay and a beautiful setting? Then you have come to the right place! We specialize in game development and would be delighted to bring your idea to life. Memory games are ideal as gifts for children, parents and grandparents, as well as for your customers themselves - they can be used as a corporate gift. If you wish, we can create a more or less complex variant for you, with a variety of extras. Want to find out more? Give us a call today!