Who invented dominoes? Where did its name come from? Where was the first game found? Read the history of dominoes in a nutshell.

One of the most popular games? Timeless? Suitable for children and adults? It's a game of dominoes! A classic among games. Loved and appreciated all over the world for centuries. Although the rectangular cubes with dots do not seem complicated the game requires concentration and logical thinking, which is why it is so readily recommended from an early age. Encouraging children to play this game is not difficult, as manufacturers of the game of dominoes create different variants, including for toddlers. There is no single rule for the game and there is also no single version of its origin. Here are some historical tidbits about the origins of the game of dominoes. 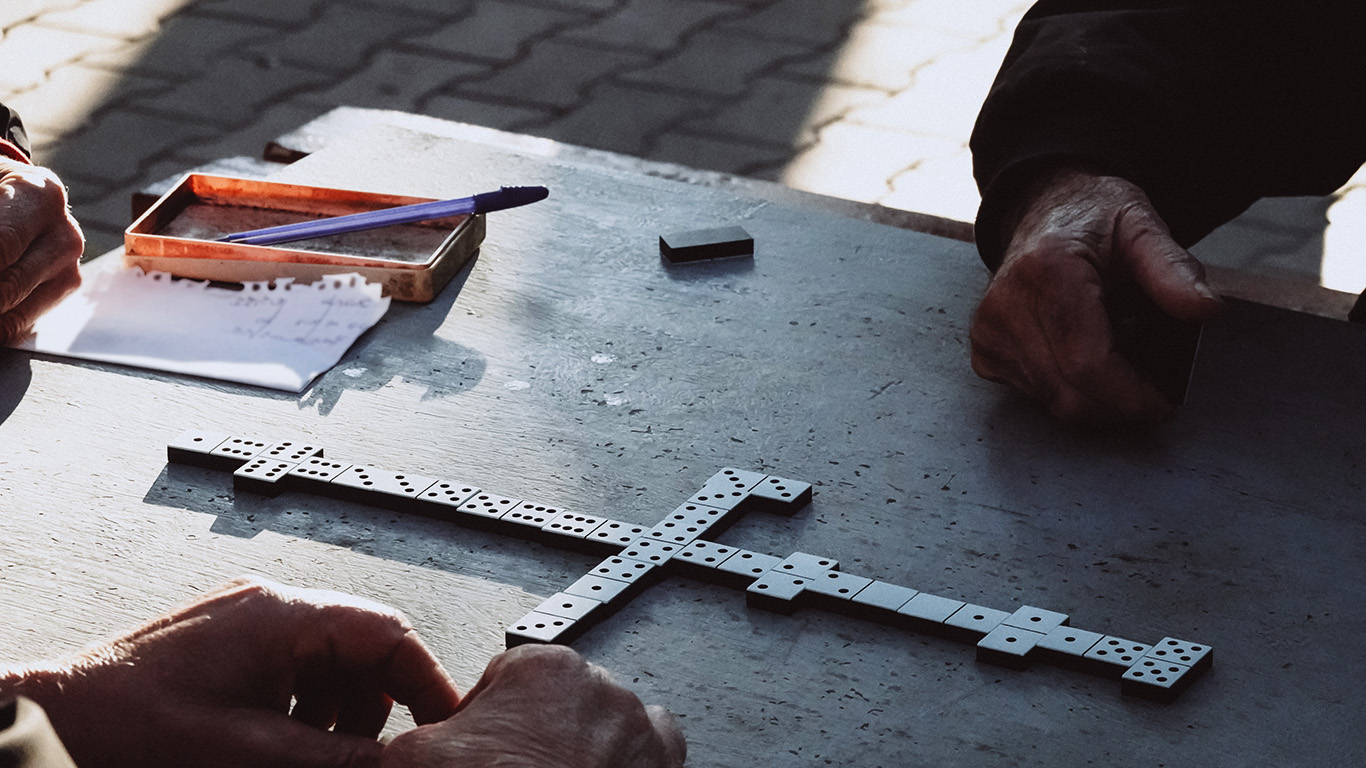 Dominoes, dominó, indomino...
Where did the name of the popular game come from?

Every manufacturer of domino games always puts its name on the packaging. Everyone knows it well and associates it. In English, French, Czech and even Swahili, dominoes are simply .... dominoes. And if the name is not the same, it is still usually easy to associate - in Zulu it is idomino, in Hungarian and Spanish dominó, and in Indonesian kartu domino.

So where does the name of one of the world's oldest games come from? Just like the history of the game, its name has no single explanation. Many sources say that dominoes come from the Latin word 'dominus' meaning 'master'. Another version says that it is related to the hooded cloak that is worn as masquerade attire. On the other hand, in the past, such a garment was characteristic of religious brotherhoods - a black cloak with a hood and a white lining. And this is also where some people look for the origins of the game of dominoes. Officially, the word dominoes as a name for the game and dice was adopted in 1798 by an arbiter of the French language. 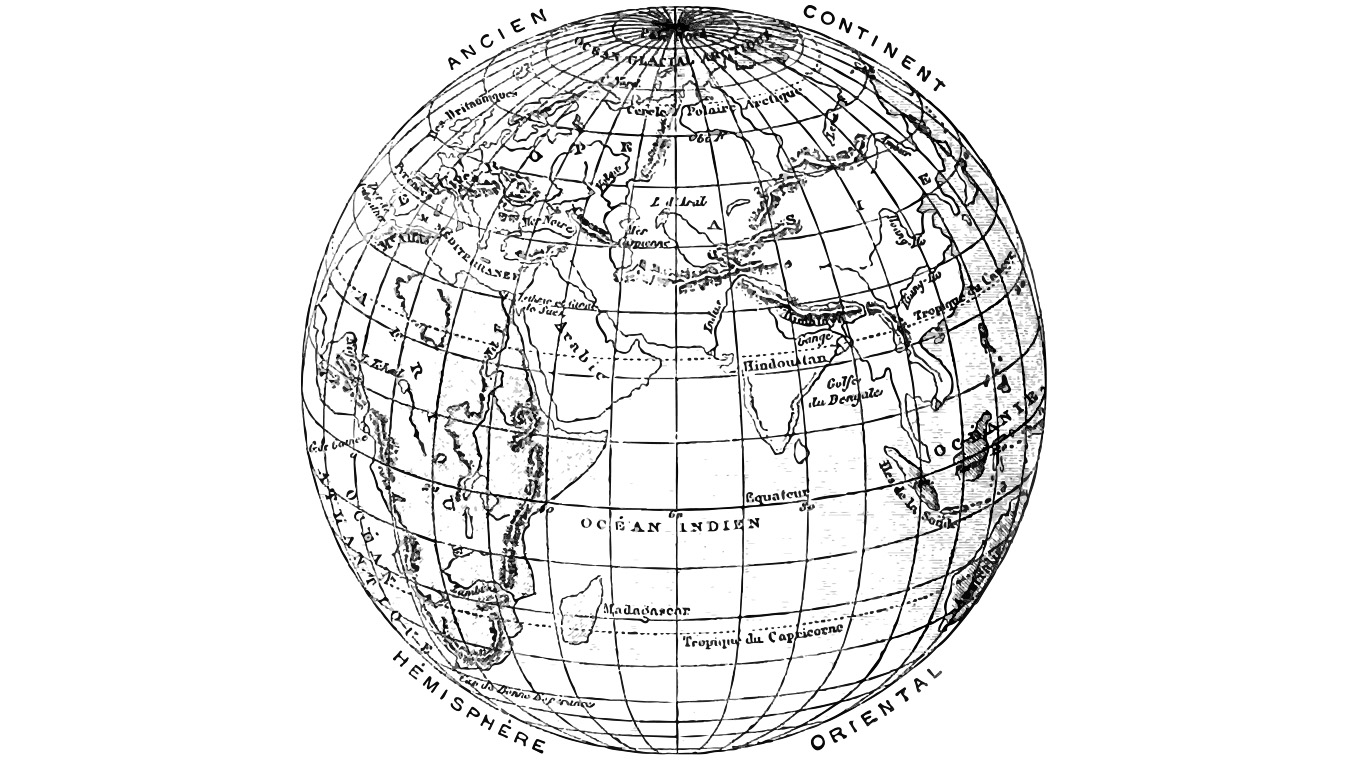 Dominoes, dominó, indomino... where did the name of the popular game come from?

The domino effect in a Benedictine monastery

In ancient times, card and dice games were not viewed positively. Therefore, they could not be played openly in all environments.

One legend locates the origins of dominoes in Italy in the 18th century in a monastery on the hill of Monte Cassino, where two monks liked to play dice. It was a forbidden pastime, so when caught in the act they were punished. As part of their penance, they had to pray in a locked cell. While they certainly prayed fervently, they also needed a moment's respite. They quickly found a way to fill their time pleasantly. They had no bones, so they drew them on the wall. Or, more precisely, they scratched out dots and surrounded them with lines to create ever newer rules and principles of the game. Apparently, when they heard the Prior approaching they prayed loudly with the words 'Dixit Dominus Domino meo'. After serving their sentence, the friars showed the superior the game and, as its name was extremely religious, they obtained permission to play dominoes.

There is also another version of this story that speaks of an Italian or French monastery where two clerics were engaged in stacking flat stones. It was not a simple ordering, but a matching of them in a strictly defined way. The game had rules and the winner would say "Benedicamus Domino" after winning.

Although these are legends many enthusiasts of the game believe there is a grain of truth in them. What is certain, however, is that dominoes were extremely popular with the clergy. 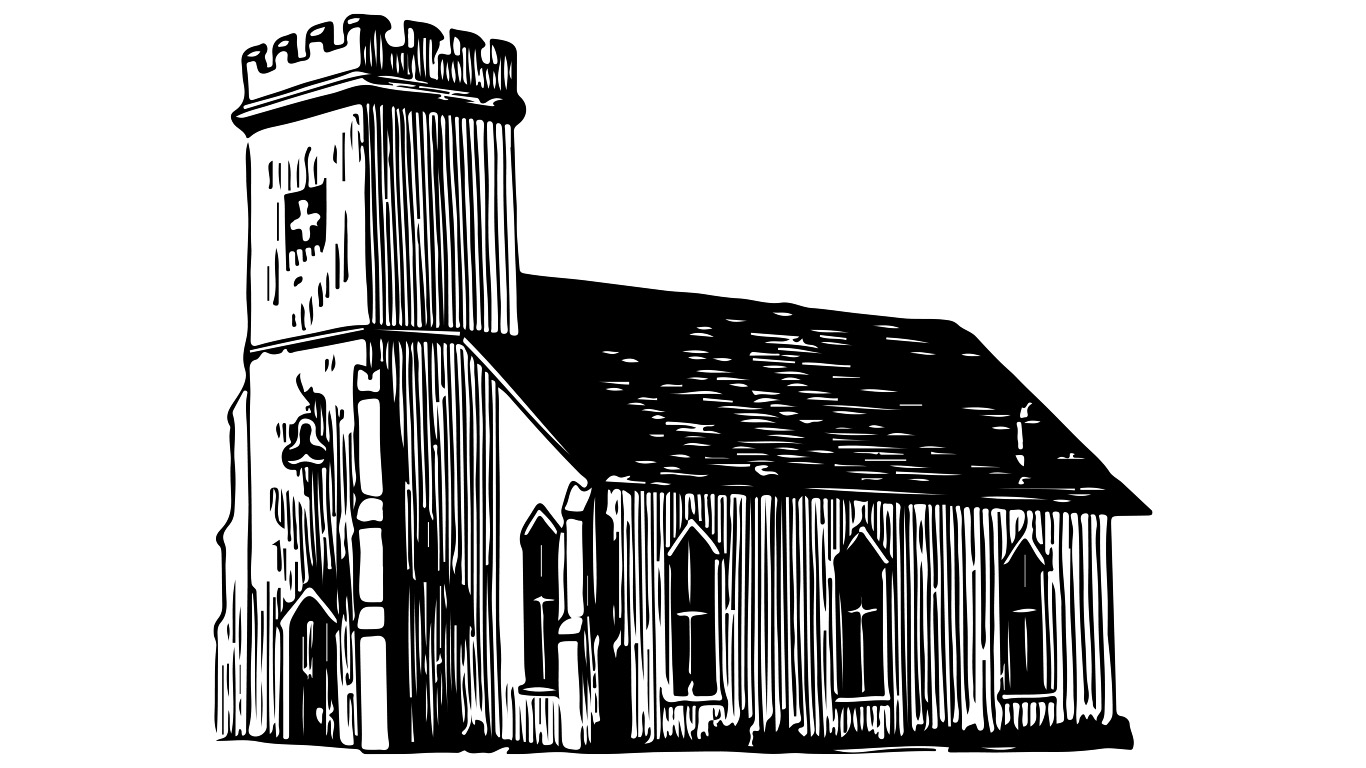 The domino effect in a Benedictine monastery

The producers of the domino game would probably give a lot to be able to travel back in time and see the first dominoes. They would therefore have to travel back to 1333-1323 BC, over the Nile to Egyptian Thebes. It was in the ruins of the ancient city that the oldest dominoes were found. It was found in Tutankhamun's tomb, which contained more than 5.000 various objects. The find, discovered in 1922, was priceless because it had not been looted. Both the mummy of the Egyptian pharaoh and all the items were preserved in perfect condition. Although it is assumed to be the first dominoes, some researchers believe that the game is merely similar to the one we know so well. Whatever the theory, the treasures with which the Pharaoh's mummy was buried must have been important and unique. Manufacturers of dominoes looking for inspiration can see Tutankhamun's dominoes in a museum in Cairo. 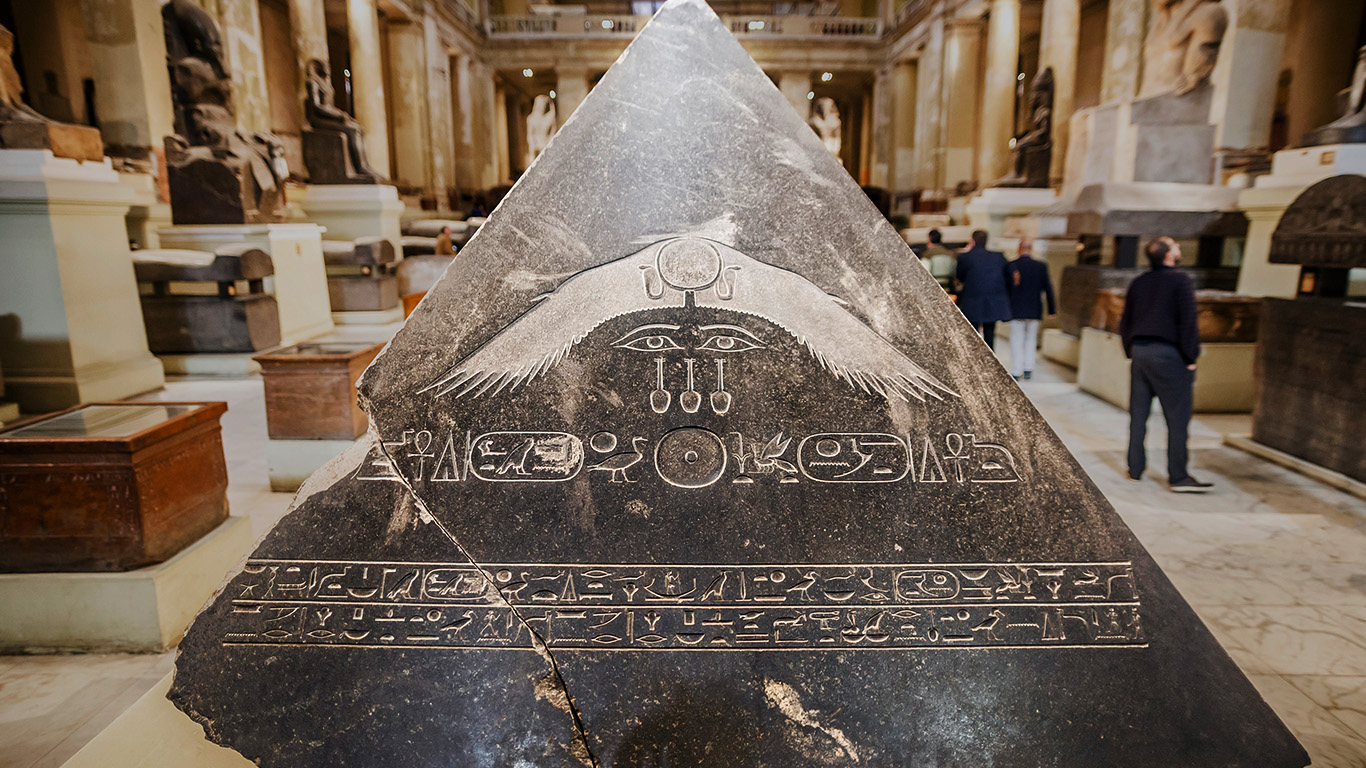 In contrast, other legends say that dominoes were invented in China, but here too there is no single binding story, although these versions are considered the most likely. The key figure here was an advisor to the Chinese ruler. Hung Ming (Kongming), also known as Zhuge Liang (Chu-ko Liang) was a prominent Chinese strategist. And any manufacturer of the game of dominoes, and any enthusiast of the game, know full well that it is a very logical game that requires strategic thinking.

Hung Ming advised the ruler of the Shu Han state in the Age of the Three Kingdoms (early 3rd century AD). It was a time full of internal conflicts and power struggles. It is said to have been at this time that the chancellor came up with the idea of a game of dominoes. He invented it while looking for a way to fill the time of the soldiers during their night watches.

Some historians disagree and consider Kiang Tse-ya, Si Peh's advisor, as the creator of dominoes, while others point to Fan Lai, the minister of the Prince of Yüeh, Kow Tsien.

Whichever legend we consider to be the closest, the fact is that Chinese dominoes are very different from the one we know. Manufacturers of the domino game in many countries would have to fiddle a bit to release the game for the local market. The difference is not only in the appearance of the cubes, but also in their number. The Chinese sets contain 11 duplicate tiles, making a total of 32 domino pieces. The standard set we know, on the other hand, has 28 cubes and no duplicates. 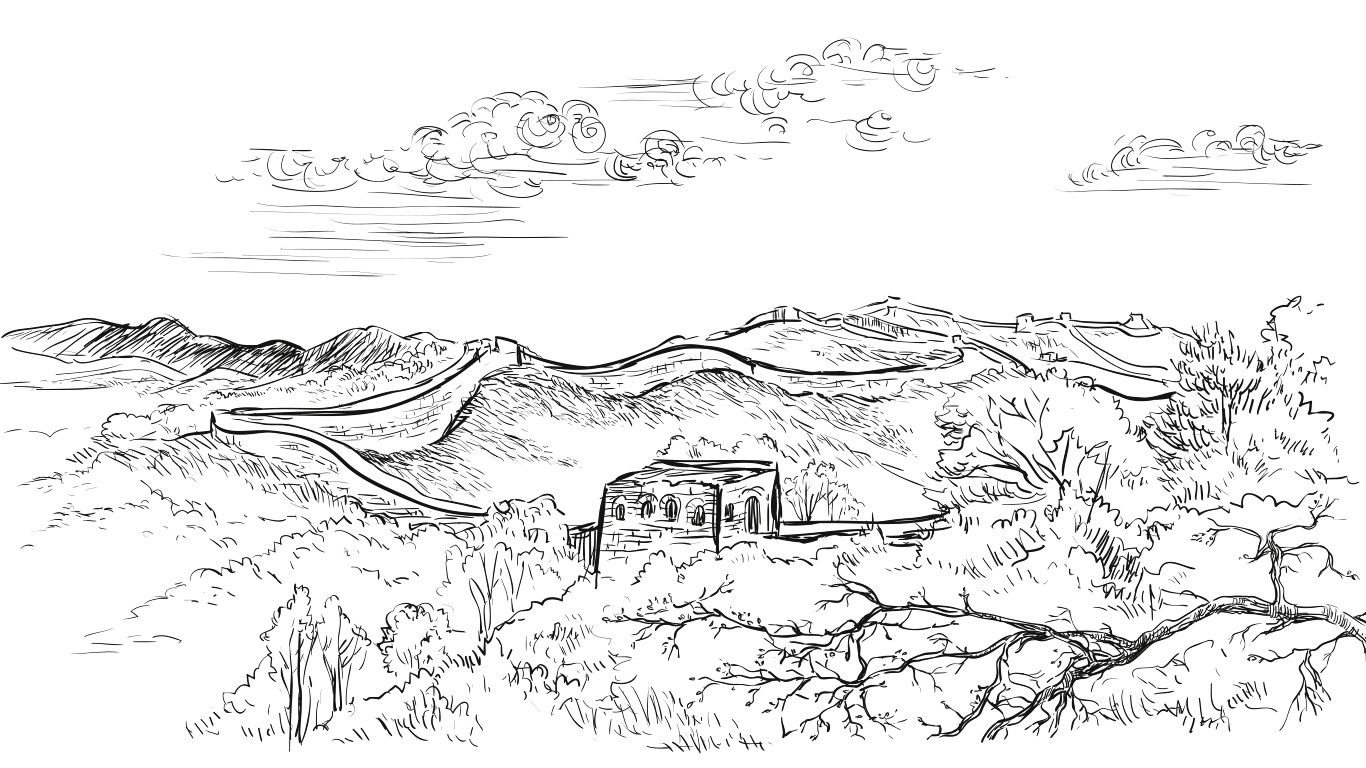 The Silk Road to Europe with Maco Polo

Which version of the origins of the game of dominoes is closest to you? Whichever you choose, you can be sure that it started to become popular in the 18th and 19th centuries. Back then, dominoes were popularly played at social gatherings in cafés. And how did it find its way to Europe? It is believed that the game arrived with a famous traveller who made an expedition to China in the 13th century. Perhaps it was there that Marco Polo came across dominoes and took the game with him, or perhaps it was developed from his stories of his travels. 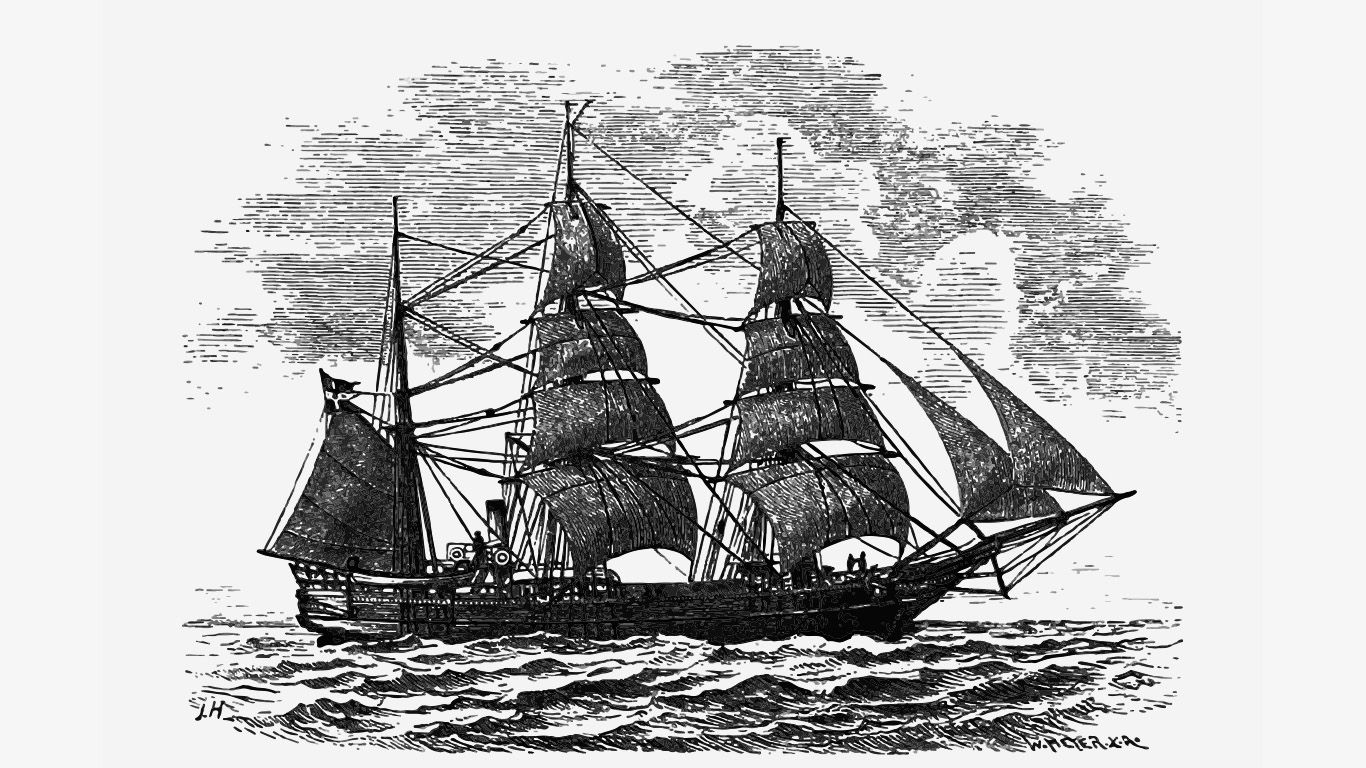 The Silk Road to Europe with Maco Polo

Customised dominoes, or dominoes according to your own idea

What is it like today? It is safe to say that every manufacturer of domino games has different variants. Many of them have visually little in common with classic dominoes. Dominoes manufacturers make sure that the game appeals to players of different tastes and ages. For the youngest players, sets are created with colourful pictures, syllables and numbers, so that children learn through play. Knowing the tastes of the youngest, both kindergartens, schools and other establishments can create their own dominoes. With just a few steps, you can make bespoke dominoes to suit your needs. This game will also work great as a promotional gadget, as well as a gift for customers and employees.

With more than 20 years of experience, we are able to create individual games according to our customers' expectations. Whether it is the production of a domino game for children or the advertising variant of this game, we always prepare original designs and the final product is perfected to the smallest detail. The question arises, what can a bespoke dominoes game be like? Such as the customer dreams of. The kind that arises in the imagination. Graphics, colours and even the shape of the dominoes can be varied, as both our machinery and our team of specialised employees are able to cope with even the most demanding tasks.